Квестория в San Francisco
One day I called a friend of mine to wish him a happy birthday. After chatting for a few minutes, he told me that “Questoria” was what made his birthday special that day.

My friend described to me a colorful and absorbing world in which he, together with his friends, were transported to the American Wild West, playing the roles of heroes with unique destinies, aims, and personalities. I was intrigued. It didn’t sound like a shabby escape room or murder mysteries party. 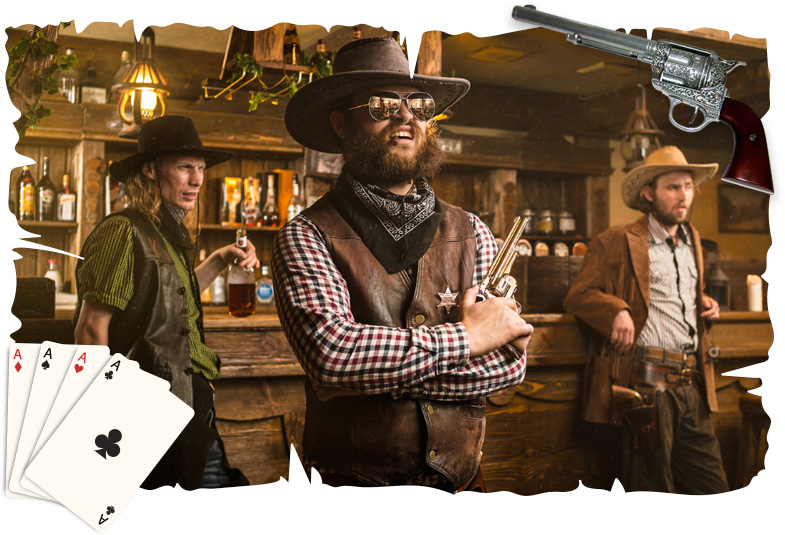 At the end of our conversation, I went to register for a Questoria game, but I couldn’t sign up — the games weren’t yet being hosted in San Francisco. Soon enough, and luckily for me, Questories arrived in San Francisco and Bay Area.

While San Francisco Questoria folks are getting ready for a public launch, they’ve opened registrations for open games and early-bird private parties that are hosted off-site as well as on-site. I recommend booking your seat as soon as possible, as they are limited.

Let me describe a regular Questoria party based on “The Seance” scenario I had the opportunity to take part in at a closed, pre-launch game.

Imagine: 19th century London. A sudden and mysterious death of the famous Lord Cornwall, co-owner of the East India Company. Scotland Yard detectives have gathered several suspects as well as key witnesses to the table. As you might guess, you and your guest will share these roles. It’s not an easy case, and there isn’t enough evidence, which forces the detectives to seek the help of a psychic medium. You will puzzle out the enigmatic history of the Cornwall family, uncover the circumstances of Lord Cornwall death and, finally, be shocked to reveal a variety of surprising facts about your neighbors.

The game principles are a key element that distinguishes Questories from other live game activities. Every player turns into a distinct character with a unique personality, skills, and goals. You’ll find a criminal and discover the plot’s hidden details. Or you’ll try to conceal the evidence that could reveal your involvement in the Lord’s death. You will be cunning, making up convincing reasons, weaving intrigues and taking people in to your side of the story. Whether you find a criminal and reveal the secrets of Cornwall family or not entirely depends on you and your guests.

To help the guests feel the ambiance of a mystical séance in a wealthy 19th century English residence, you’ll dress up as protagonists in the period wear of those times, mustaches and smoking tobacco pipes for the gentlemen, and stylish hats and fans for the ladies. The atmosphere is intensified with theme music and and mood lighting.

The ending — when the cards are revealed and the masks are removed — is one of the most compelling parts of the game. Every player narrates his or her own personal story and describes what helped them complete their goals.

After the final reveal, the best players are rewarded. At my own party, a skilled detective, a genius villain, and a master medium each received an old-fashioned certificate outlining their achievements.

So, if you want a unique and memorable way to celebrate a birthday or team building or just want to hang out at an open game on weekends then check out Questoria. Their extraordinary scenarios and atmosphere encourage and collaboration and self-expression through an inspiring game experience.